A key tenet of building cross-platform apps is to create an architecture that lends itself to a maximization of code sharing across platforms. Adhering to the following Object Oriented Programming principles helps build a well-architected application:

The natural outcome is an application modeled after real world or abstract entities with separate logical layers. Separating code into layers make applications easier to understand, test and maintain. It is recommended that the code in each layer be physically separate (either in directories or even separate projects for very large applications) as well as logically separate (using namespaces). 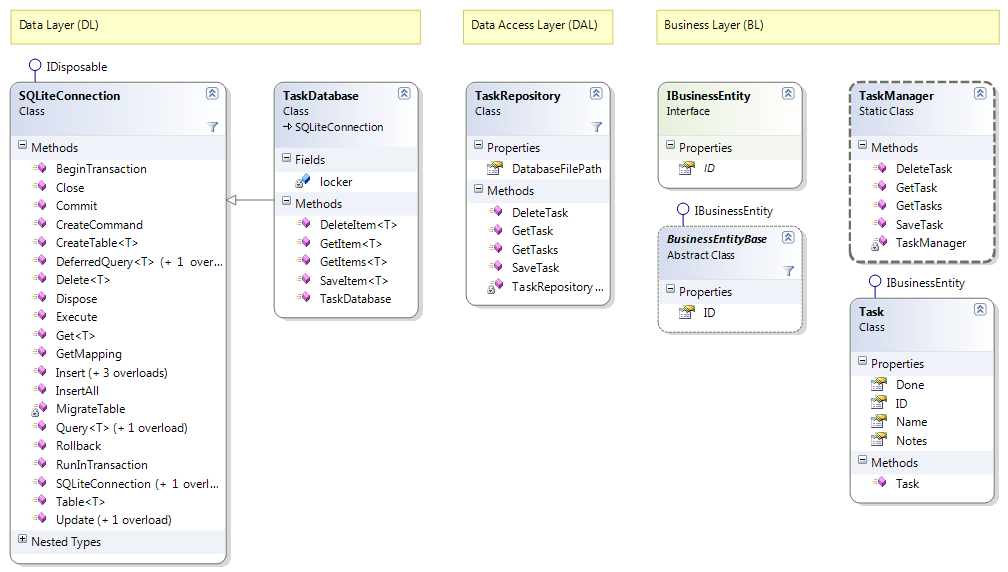 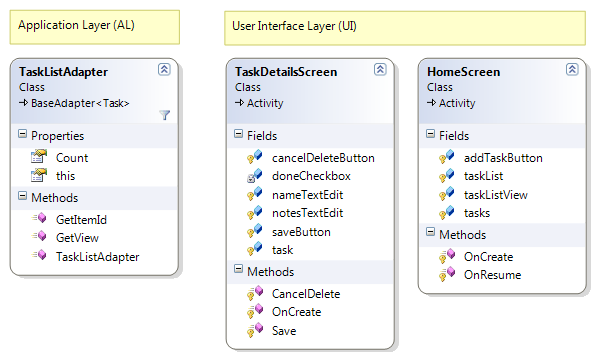 Throughout this document and the case studies we refer to the following six application layers:

An application may not necessarily contain all layers – for example the Service Access Layer would not exist in an application that does not access network resources. A very simple application might merge the Data Layer and Data Access Layer because the operations are extremely basic.

Patterns are an established way to capture recurring solutions to common problems. There are a few key patterns that are useful to understand in building maintainable/understandable mobile applications.